I have a fiance!

It is for a good cause. But then how is this supposed to help? Maybe people like myself will try and find out what the hell it's supposed to mean. But it seems like a rather juvenile way to do it. But it's a game, and it's supposed to bring about discussion and have people think about a topic. How the hell is that connection even made? How is "I like it on the . . ." supposed to make me think about breast cancer? I think there are better ways to start this topic instead of where people like to put their purses as soon as they get home. Maybe by discussing the topic itself.

Maybe I should start a trend. I'll have people post how many times they have to go to the bathroom. "I do it three times a day." Yeah, and that will be a game to help encourage men and woman think about the issue of testicular cancer.

NO PHOTOGRAPHY INCLUDES CELL PHONE CAMERAS. "But it's on a cell phone, it's not a camera." Cell phone CAMERA stupid!

Last month I walked in the Susan G Komen 3 Day Breast Cancer Walk. If you can, please help support my efforts by donating to help fund research. So far I've raised $1600 but I still need to raise $700 more by the 14th.

Please follow the link if you can. I would greatly appreciate any amount. Every dollar helps!
http://www.the3day.org/site/TR/Walk/SeattleEvent2009?px=3026071&pg=personal&fr_id=1300

Gah, not enough time right now to write everything that I want to write.

Back from Europe. Feels good to be home. Long story short it was a good trip. Nice to go on vacation after such a long time. Good to be in a new place.

Interesting movie that I watched on the flight home starred Damien Lewis who also happened to be in Band of Brothers. In The BakerDamien Lewis plays the part of a professional hit man who has hit a professional slump and decides to leave the business. Trying to escape, he finds himself in a town and is mistaken for the new baker. Eventually hilarity ensues due misunderstandings between the townsfolk that have secretly found out about him and his newly found desire for baking. I thoroughly enjoyed this movie. 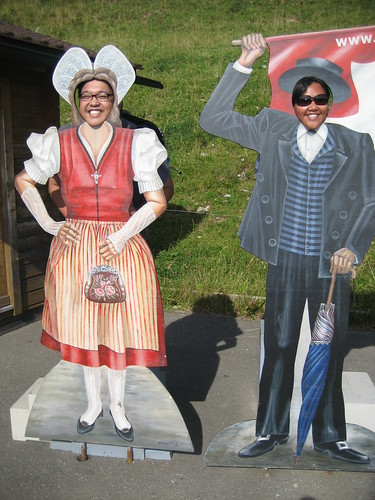 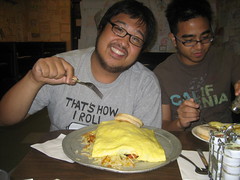 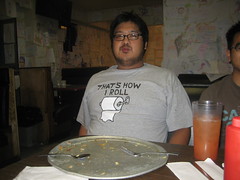 don't EVER eat another 12 egg omelet. once is enough
Collapse